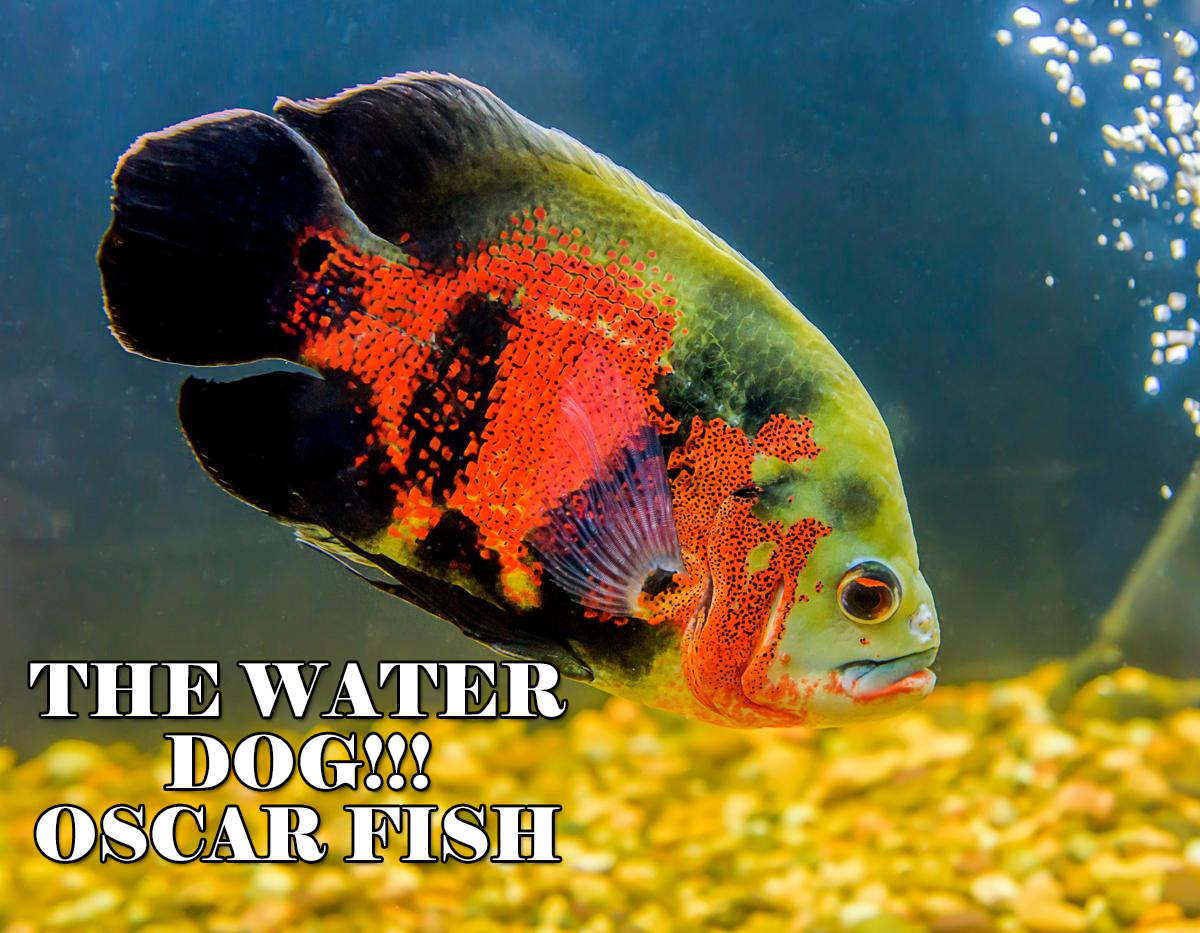 For an aquarium enthusiast, the Oscar fish holds a special attraction. The reason behind such popularity is the Oscar fish's behavior. Every individual who has owned this fish would have some remarkable story about its behavior.

The Oscar is a freshwater fish of the Amazon river of South America. Known as one of the most intelligent fish, what makes it so interesting are its various unique traits, some of which are 'human-like'. 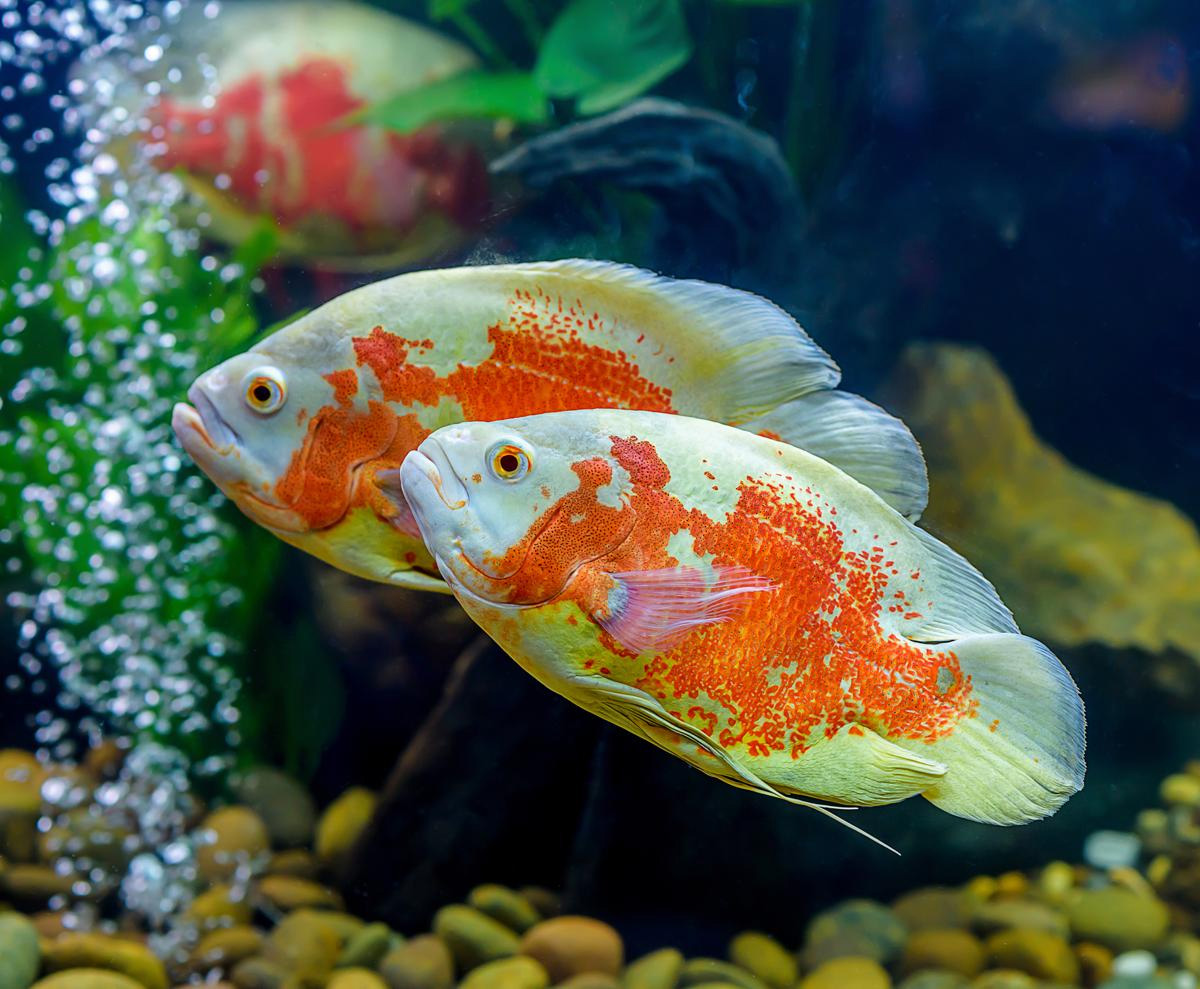 There are the red Oscars, the tiger Oscars, the albino varieties, and many more to choose from.
Apart from its majestic physical appearance, what endears this fish to its owners is its characteristics.

Has a Mind of Its Own
To know what is behind the fame of this fish, all you have to do is observe an Oscar in a fish tank. Within the first couple of minutes you would realize that this fish seems to move with a definite intention. As compared to other fish in the tank, an Oscar displays a sense of purpose in its movements. It does not swim aimlessly or dash around madly like the barbs or the danios.

Very Affectionate
The Oscar is known to be able to recognize its owners almost like Arowana Fish. It can be considered for adoption as a pet, just like a dog. That's probably why it's also known as the river dog or water dog. However, before you think of dipping your finger into the aquarium, ensure that your Oscar does not take your finger for a worm and makes a dash for it.
As a rule of thumb, for lowering your hand into the aquarium, fold it into a fist first, then dip it in water and gently open it. Also, do not move your hand too much in the water. Wait for the Oscar to come to you. It might take some practice, but with time you will be able to feed it with your hands. However, ensure that your fingers do not have any soap residues, before touching it. Also avoid touching the fish too often as that may damage its protective membrane and cause infection.

Aesthetic Sense
The Oscar fish has a tendency to re-arrange and re-decorate a tank by moving things around in it. You may find your fish scooping up the gravel and relocating it to other places of its choice. It may also move around the rocks and other movable objects in the tank, in what appears to be its way of re-styling the interiors!

Mood Swings
One aspect of the Oscar behavior to be taken care of is its mood swings. This moody fish does not like change in its environment and is often seen sulking for various reasons. It seems to specifically dislike things being shifted in the tank. Other than that, changing the water in the tank or a sudden change in the temperature of the water also doesn't go down too well with an Oscar fish. However, it isn't that it would sit sulking on such changes for days or weeks. It will pick up its spirit in just a couple of hours. In case your Oscar has been sitting at the bottom of the tank for days, it could be bad water conditions or some illness.

Aggression
Contrary to the popular belief, this fish is not very aggressive. Although it can kill other fish, terrorizing its tank mates is surely not on the agenda. Nevertheless, avoid fish that would easily fit into the mouth of an Oscar. Some suitable Oscar fish tankmates are Bala Sharks, Silver Dollars, and Jack Dempsey fish.

Breeding Behavior
The Oscar fish's breeding behavior is just as interesting as its other traits. Determining its gender can be a little tricky, as a female can't be distinguished from a male until she has laid eggs. In fact, sometimes, the male fish himself has a difficult time seeing the thorn-shaped organ around the anal opening of a female. Oscar fish choose their own mates. In fact, it is very difficult to keep a pair together that does not like each other, in the same tank. Hence, breeders suggest that one either buy a pair that has already spawned, or get 6 to 8 baby Oscars and hope that any 2 out of them spawn once they grow up.
Mating behavior can be seen once this fish becomes a year old. However, successful spawning has been reported only after 16 months of age. Oscar fish have a rough courtship that includes slapping each other with their tails and bodies. After the female lays her eggs, the male fertilizes them. Both the parents guard their eggs and raise the babies together.

It is the Oscar fish's behavior that sets it apart from all other aquarium fish. One just needs to have one as a pet to understand why people fall in love with this remarkable creature that has all the graceful features of a fish, and at the same time exhibits certain unique traits that human beings possess.

Love these guysI really like these guys and have never gotten a super tamable one like red tiger oscar I guess. I read recently they are pretty easy to keep and a lot of people say very good with food and eating habits.

love this fish i will buy soon

Hi looking for veg aquarium dishes can u suggest some.

Hello,What do you mean by veg aquarium dishes? explain

My hobby is oscar fish